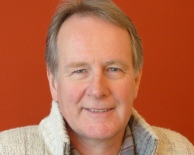 I blog mostly about my favourite corner of Spain — Villajoyosa on the Costa Blanca — but also anything else in Spain that takes my fancy.

I’m based in London, but spend as much time in Villajoyosa (aka La Vila Joiosa, or La Vila for short) as I can get away with. That’s why this blog  is called “View from La Vila”.

My wife is Spanish, so I’ve been spending time in Spain – especially the area around Alicante – for more years than I care to remember. I can’t resist Spanish food and wine, so I post a lot about both – plus my favourite walks to lose the calories afterwards.

You’ll also find musings here on everything from the Romans to rugby. And with 2019 marking 80 years since the end of the Spanish Civil War, I’ve been posting a fair bit about how the conflict left its mark on the province of Alicante.

I hope you enjoy Spain – and Villajoyosa – as much as I do!