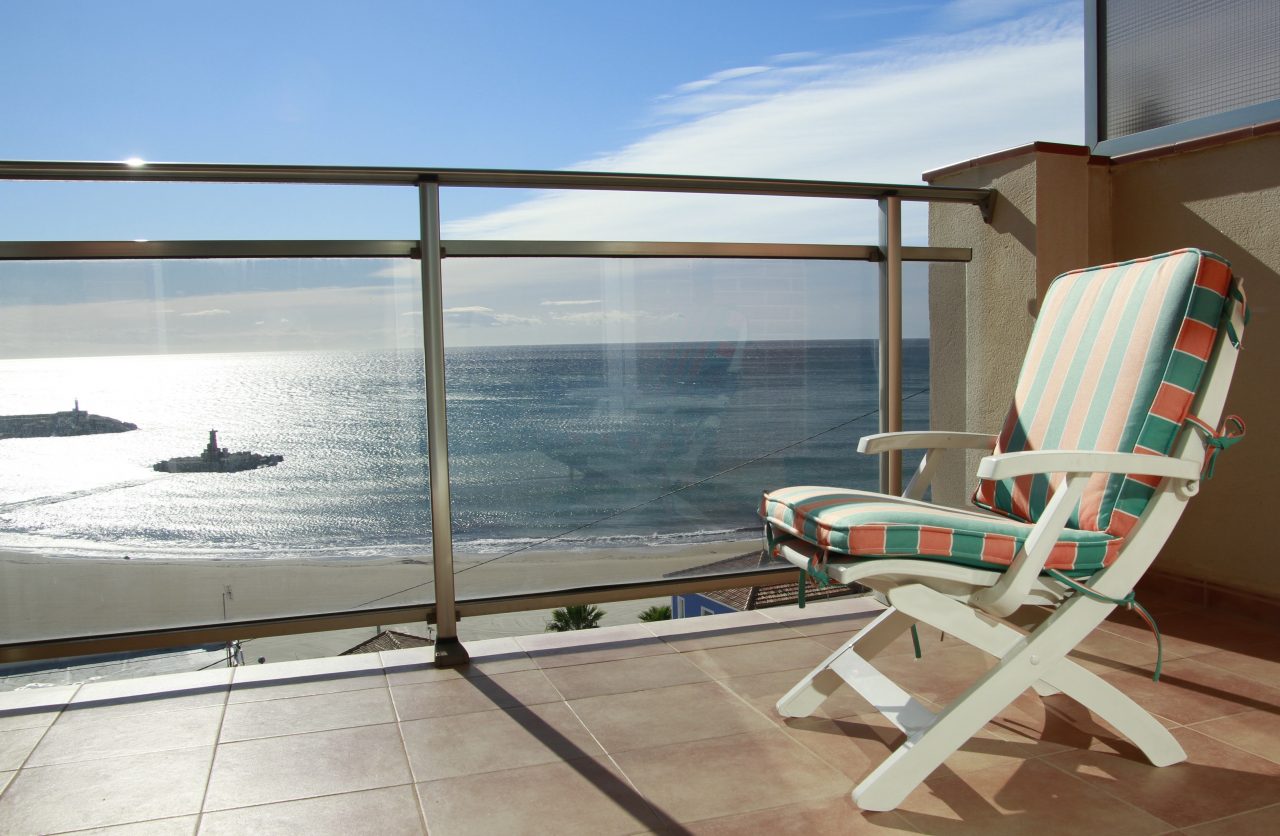 If you drop into a bar in Spain on a hot day and order una caña – a regular beer – chances are it’ll taste pretty much the same wherever you go. Cold, clean, refreshing, and plenty of froth on top. Yes, there are plenty of different brands out there – San Miguel, Mahou, Cruzcampo, Estrella this and Estrella that – but they all make more or less the same stuff.

But there are beers in Spain that do taste different. Sometimes really different. How about pumpkin beer? Stout? Beer made with chocolate? Beer made with seawater? Craft beers are slowly catching on, and Cervezas Althaia, just up the coast from our town Villajoyosa, are pioneers of cerveza artesanal and they’ve won a fistful of awards in the process.

Althaia is run by a husband and wife team of Jorge Sánchez and Mayte Pardo. He was a self-confessed brewing nut who made beer in his garage and she was a wine-maker who made the transition to beer. Together they launched Althaia, named after the Greek word for Altea, the pretty hilltop town where they started their business.

They moved into a new brewery in 2021, complete with an upstairs bar/tap room where you can drop in any time and sample the product. You won’t get much of a view with your ale – the place is on a small industrial estate just off the main N-332 between Altea and L’Albir – but we really are here for the beer.

Clearly they’re doing something right. In their original cervercería, they were only able to brew 5,000 litres a week. In the new place, they can produce 20,000. We dropped by for a tour and a taste. You get a guided look at the production process, an understanding of how the different blends of hops and grains are used to create different beers, and at the end, a sit-down sampling of a few bottles (with tapas to match) in the tap room upstairs.

There’s a real range on offer: a citrus-y Mediterranean lager, a double IPA which packs a real punch at nearly 9% alcohol, the strikingly different Rabosa (pumpkin ale) and one of our favourites, Mascarat – a black rye beer with a distinctive caramel taste. And as of 2022, there’s an alcohol-free beer for the designated driver.

But is craft beer catching on in Spain? I dropped into a Carrefour hypermarket down the road from Altea – just the kind of place where you’d expect to find crate upon crate of ordinary bog-standard San Miguel, Mahou and the like. Yes, there was plenty of that, but it wasn’t the whole story.

Carrefour actually stocks a range of craft beers, including their own brand IPA, wheat beer and a cerveza roja (red beer). Mahou, San Miguel and Cruzcampo are making their own IPAs these days too. Sadly, no Althaia on the shelves, but there was local beer from the Santa Faz cerveceria near Alicante and Er Boqueron made from salt water (yes really) – from Xàtiva.

So if the big beasts like Carrefour and the major Spanish brewers think craft beer is worth a punt, there’s clearly something going on.

Because here’s the thing – Spain is actually a nation of beer drinkers. Everyone thinks of Spain as a wine country, which is no great surprise as it has more vineyards than anyone else. But the Spanish actually drink more beer than wine – anything between 40-50 litres of beer per head per year, depending on whose stats you’re reading – compared with only 24 litres of wine. OK, most of it will always be straightforward caña lager, which really hits the spot on a hot day. But there’s clearly room for more thoughtful brews like Althaia too.

Alicante wine has a growing reputation – give these bodegas a try

Check out the story of fondillón, the wine that nearly died