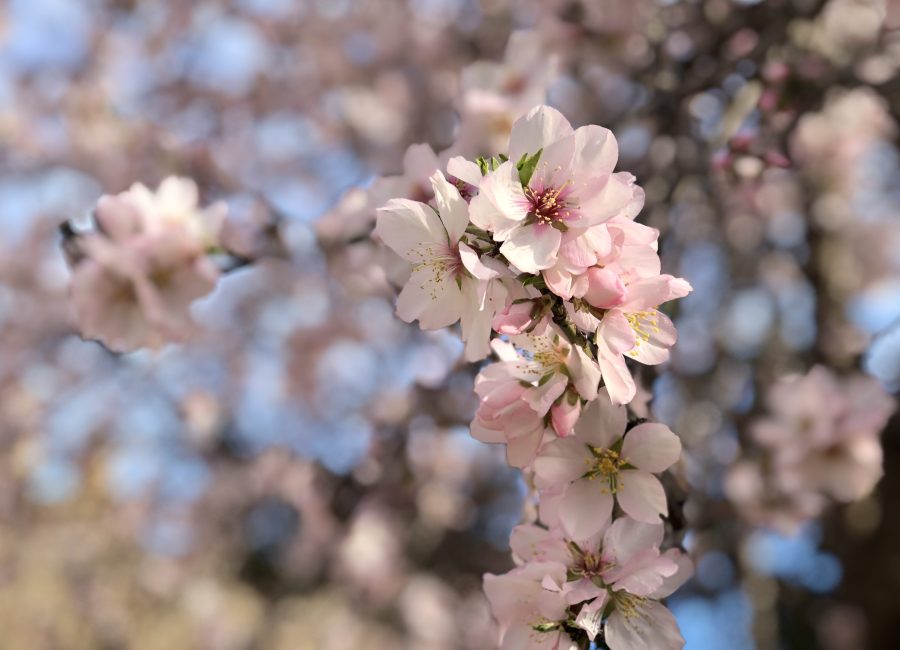 One of the prettier sights of early springtime in Spain is the blossoming of the almond trees; it’s a sign that winter is definitely on the way out.

And the Costa Blanca is one of the best places see the trees in full bloom. The season starts in late January and runs through February –  try heading inland from Calpe, towards the town of Xaló and the villages of Parcent and Alcalalí, or the valleys around Guadalest.

Spain is the number two producer of almonds worldwide (the USA is the biggest, in case you were wondering) and almonds are something of a regional speciality hereabouts. Turrón, the Christmas sweet you see in every Spanish home, is made from almonds and the best comes from Alicante province. The town of Xixona (Jijona) is famous for it.

But there is a problem. Potentially a very big problem. It’s called Xylella fastidiosa.

Xylella is a very nasty bacterial disease that strikes almond trees and it’s spreading remorselessly around the Mediterranean.  There have been a number of cases in Alicante province, including one in Guadalest, half an hour’s drive inland from Benidorm.

And there’s no cure at the moment; the only current solution is to tear up the infected tree and those around it.

It doesn’t just affect almond trees either; the first cases in Spanish olive trees were reported in April 2018 near Madrid. It’s so serious that the Spanish news media have taken to calling Xylella ‘el ébola de los olivos‘ (Ebola disease of olive trees). Some olive groves in southern Italy have already been devastated by the disease. According to this report from BBC News, the cost of Xylella damage to olive trees across Europe could eventually run as high as €20 billion.

Xylella fastidiosa has even been detected in an apricot tree in Alicante province. Scarily, the bacterium can infect up to 500 species, including crops, ornamental plants and trees, according to the UK’s John Innes Centre.

Xylella causes scorching of the leaves and stunting of growth, which means the trees are useless for commercial production. It can even kill the tree altogether. Scientists know that it can be spread by insects, such as the froghopper or spittlebug, that feed on the xylem, the tissue that transports water from the roots to the leaves.

The EU has called it “one of the most dangerous plant bacteria worldwide”. Dr Stephen Parnell heads the European Food Standards Agency working group on Xylella. He told BBC News; “you can have different lengths of time it can remain hidden. For example, in olive trees it can remain hidden for a year or more”.

And it’s not just southern Europe at risk – the British government is worried enough to put millions of pounds into Xylella research – and they’re a thousand miles away.

Although Alicante farmers do get some compensation for the trees they have to destroy, the fear is that if Xylella isn’t stopped somehow, the traditional springtime sight of almond trees in full blossom may never be quite the same again.